A Member of the Squad Goes Rogue 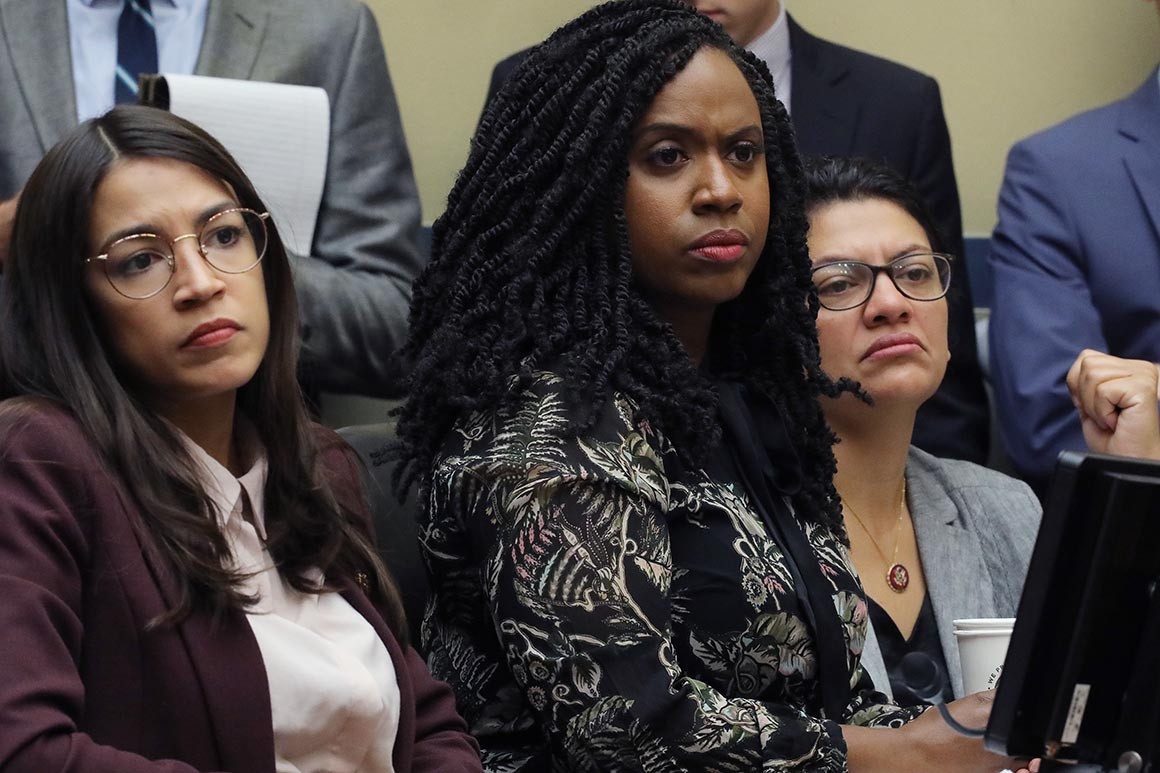 It was only a week after the presidential tweet that made the Squad famous—telling the four freshman representatives, all women of color, to “go back” to the places “from which they came”—and Massachusetts Rep. Ayanna Pressley had broken from the group in an actual vote.

The matter in question was a resolution opposing a Palestinian-led movement to boycott Israel. The measure passed the House overwhelmingly on July 23. Among the 17 “no” votes were three members of the Squad: Reps. Alexandria Ocasio-Cortez, Ilhan Omar and Rashida Tlaib. Pressley, the fourth, voted “yes.”

The social-media reaction was swift and loud, a mix of gratitude and vitriol. But this time the fury came, not from the right, but from the left. “The squad is three now,” someone wrote on Twitter, and much of the anger directed at Pressley followed that logic: a sense of betrayal marbled with surprise, as in, how could you not be exactly what we thought you were?

But in Boston, where Pressley has been a compelling political figure for a decade, constituents and longtime associates weren’t at all surprised by her vote. Pressley, 45, might be part of the Squad, and an unfailing public cheerleader for its participants, but in many ways she’s doesn’t fit the profile. While the Squad has made headlines for its forceful progressivism, Pressley has never quite matched the image of the brash outsider, pushing against the establishment with bare knuckles and take-no-prisoners rhetoric. Instead, her history in Boston—from her stints as a staffer for solidly mainstream Democrats to her eight years on the Boston City Council—has been a case study of pushing for change from within the system. At a time when fissures in the Democratic Party make national news, her approach in Boston City Hall actually points a way forward for Democrats who want to cast themselves as the party of change—and the party that gets things done.

For now, though, Pressley, who declined to comment for this story, finds herself navigating the expectations that come with being part of The Squad, and have actually dogged her since her high-profile election as Massachusetts’ first black woman in Congress. Everyone from Twitter to the Times of Israel has made mistaken assumptions about her, says Jeremy Burton, executive director of the Jewish Community Relations Council of Greater Boston, who lives in Pressley’s district and notes that Pressley’s Israel boycott vote was consistent with her campaign rhetoric. Most of those mistakes, Burton says, were “entirely based on what she represents as a woman of color, and who she’s working with and aligned with on a bunch of other issues, and not what she was actually saying.”