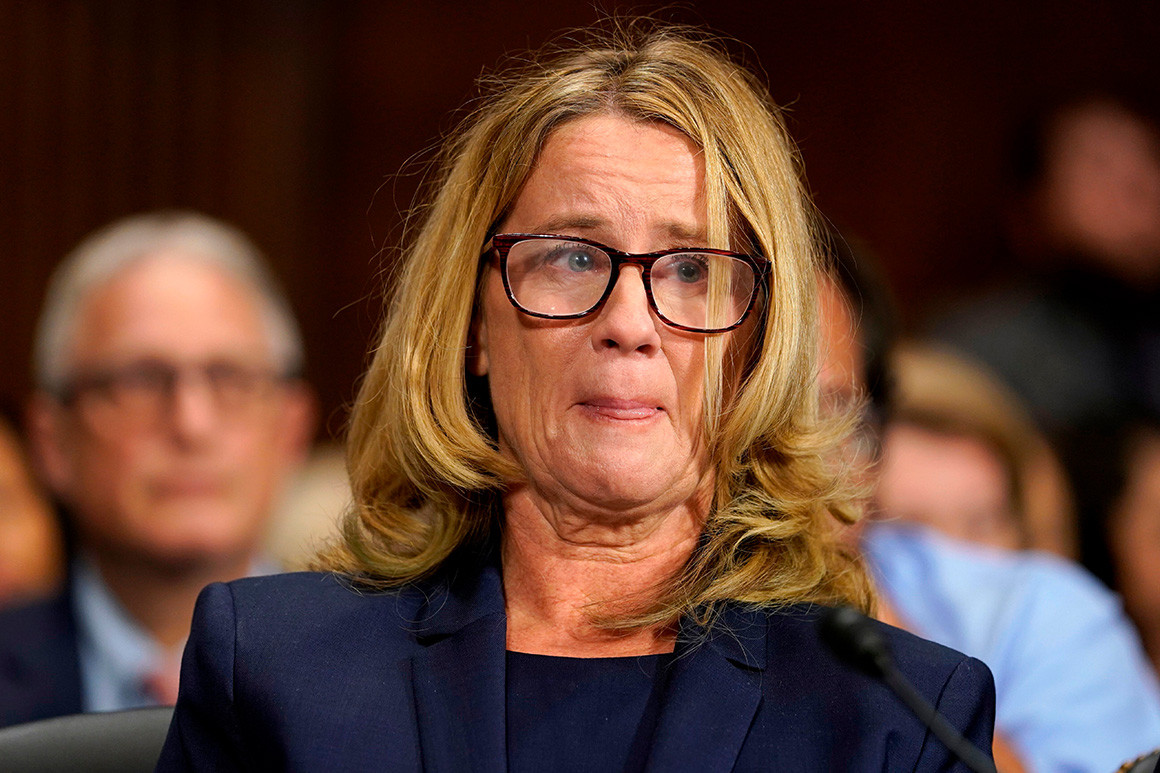 What we weren’t prepared for was the quaking. The quivering voice, the shy affect, the facial expression of abject terror. Reading Christine Blasey Ford’s prepared statements to the Senate Judiciary Committee, released to the public on Wednesday, was nothing like watching it on TV or hearing it on the radio. The words on paper were moving; the live event was overpowering—so filled with raw emotion that, on Twitter, a stream of women reported that it was wrenching to watch.

Thursday’s hearing was always going to be an uncomfortable hybrid, with some of the trappings of a courtroom proceeding and some of a political spectacle: Arizona prosecutor Rachel Mitchell, using Republican senators’ time with polite but methodical grilling, alternating with Democratic senators’ emotional statements, calibrated for a viewing audience. It wouldn’t be due process, exactly—not a forum for weighing evidence, but a test of character and credibility. That’s why the prehearing chatter Thursday morning was heavy with speculation about Ford’s motives: rallies she had attended, money she had given to Democratic candidates, reasons she might have waited to accuse Judge Brett Kavanaugh by name.

But as Ford started talking, the fact that she had undergone real trauma was hard to dispute. Mitchell, a seasoned prosecutor in sex crimes cases, acutely aware of how cross-examinations can sound to a sympathetic jury, acknowledged it from the start: “I just wanted to tell you that what first struck me from your statement this morning is that you were terrified. I just wanted to let you know, I’m very sorry. That’s not right.”