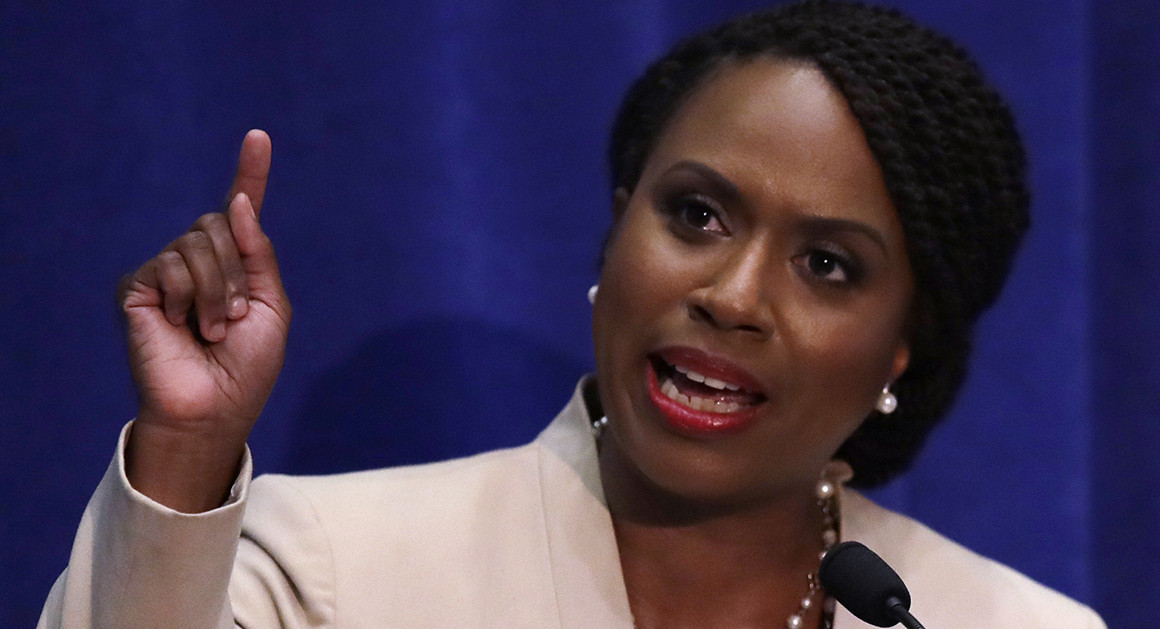 A few weeks before Alexandria Ocasio-Cortez won her New York congressional primary, Boston City Councilor Ayanna Pressley spoke to a roomful of young Democrats at the Bell-in-Hand, a Boston tavern that dates back to 1795. She was explaining why she should unseat a congressman who, she suggested, might as well have been in office for that long.

It wasn’t that her opponent in Massachusetts’ 7th District, 10-term Rep. Michael Capuano, had a voting record that was objectionable, or had neglected the district for a national profile—the standard complaints you hear in a primary challenge. Instead, it was a question of approach, of personal history translated to legislative priorities, of the value in filling Massachusetts’ only majority-minority district—currently served by a 66-year-old white man—with a 44-year-old black woman who has experienced the struggles of the inner city. Pressley talked, with a lyrical lilt, about growing up in Chicago with a single mother; her father’s incarceration; her survival of sexual assault. She said she’d draw renewed attention to the economic and social disparities within the district, the way income and life expectancy vary precinct by precinct.

“Voting the right way is one thing,” Pressley told the group. “But I want to lead, and I want to legislate our values.”

The Pressley-Capuano contest, which takes place September 4, is not just another battle in the civil war between the Democratic Party’s progressive left and its moderate center. Instead, this race tells a different story about the party, and its clogged pipeline of talent.